Today we will be looking at the basic concepts and properties of linear algebra. Linear algebra can also be called as vector algebra, as it is the study of vector spaces. You may now wonder what exactly vectors are. Well, quantities are classified into two types such as scalars and vectors. A scalar quantity is a quantity which has only magnitude and no direction. A quantity which has both magnitude and direction is called as a vector. 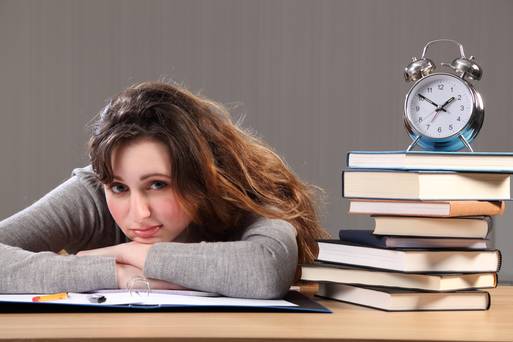 Let us look at some definitions and properties of vectors which will make the study of the vector spaces much simpler.

Position Vector: The position vector locates any given point in the three dimensional rectangular coordinate system. Let us recollect that the three dimensional rectangular coordinate plane has x, y and z axes. The origin point for such coordinate system is given by (0,0,0). The position vector or any point P in space is given by OP (x, y, z). The magnitude of the vector |OP| can be given by √(x2 + y2 + z2).

Let us take a look at one of such example question.

The position vector is found from origin (0, 0, 0) to the point P. Follow the steps in the diagram below for finding the magnitude of the given vector:

Let us now take a look at some basic types of vector spaces.

Unit Vector: The magnitude of a vector when equal to 1 is called the unit vector.

Need an example? Here you go!

Apply the formula for the magnitude of the vector. This is what you get:

Equal vector: Like the name suggests the equal vectors are the vectors which are the same in magnitude and direction. If AB and CD are two equal vectors, then they are given by AB = CD.

Here AB = – BA. So BA is the negative vector for vector AB.

Collinear Vectors: Any two given vectors are called collinear vectors when both vectors are parallel to the same line.

In the above diagram AB and CD are parallel to the same line, hence the two vectors are collinear to each other.

This can be expressed as DF (resultant vector) = DE + EF.

Commutative Property: Vector addition is commutative. Consider two vectors a and b, they can be expressed as:

Scalar Multiplication: Now let us take a quick look at multiplying a vector by a scalar quantity. Let there be a scalar number or a constant k. Take a vector a. Now we can obtain a new vector by multiply with the constant k. This is expressed as ka, always remember that the vector obtained after the scalar multiplication is collinear to the given vector. So ka is collinear to vector a. The vector has positive of negative direction depending on the sign of k. Here are some examples to give better understanding:

In the above diagram there is vector which is then multiplied with a scalar 2. Here 2 is a positive number so the direction of the vector 2a is the same but the magnitude of vector is twice the initial vector a.

How To Study For A #Math Test Without Losing Your Mind http://t.co/eZ7iCRSVvX pic.twitter.com/gtYneR2Bc2 — Tutor Pace (@TutorPace) September 16, 2015

Free Online Math tutor is the easiest way to get solutions for difficult Math problems. Tutor Pace provides effective Math tutoring and assignment help which are personalized and customized to meet student demands in one to one sessions.