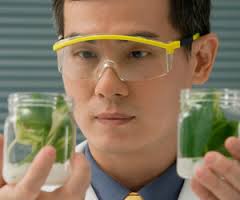 All of us- humans and all other living things around us have been classified into five broad groups called Kingdoms by the biologists of the modern time. This 5 Kingdom Classification includes Monera Kingdom which comprises of all the unicellular organisms that do not have a nucleus; the Protist Kingdom has the eukaryotic organisms under it; the Fungi Kingdom, as the name suggests houses all types of fungus; the other two major kingdoms are that of Plants and Animals. This classification is a newly accepted norm and did not always exist. As in the time of Aristotle, the only classifications made were between plants and animals. This simply means that this phenomenon is subject to change.

Another interesting topic is of lipids. What are lipids? The lipids present in the cell membrane are a grouped compound which is similar to fat and it forms a double-layered surface for the cells. A major type of lipid found in the cell membranes is glycolipids; which have carbohydrates and their function is to provide energy and they also undertake the activity of cell recognition.

Climate around us shapes us and Taiga is one of them. Taiga climatic condition is characterised by very cold air from the Arctic Circle which occurs due to the tilt in the earth’s orbit. This climate moves away from sun during the winters hence there is a reduction in the radiation that reaches the earth’s surface. Also, the days are shorter and not too hot. The abiotic features of taiga include high precipitation, hot and cold seasons and fertile soil.